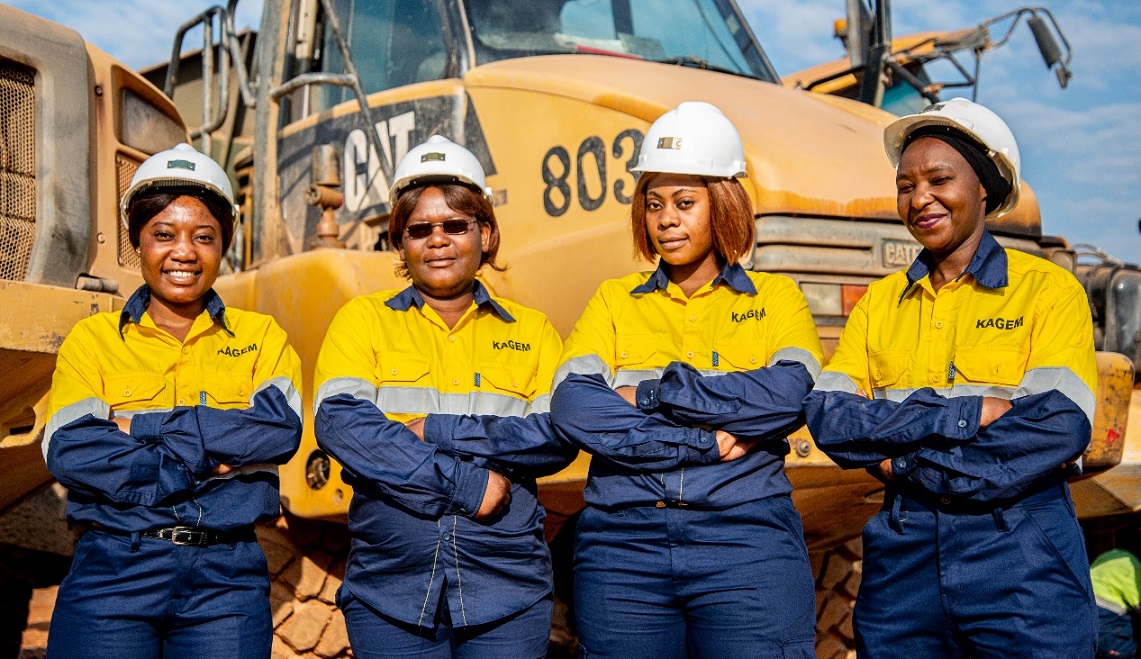 FOR IMMEDIATE RELEASE
WITH PICTURE
SEPTEMBER 22, 2022

LUFWANYAMA, ZAMBIA – Four Zambian women have taken their seats behind the wheel of heavy equipment trucks at the Kagem emerald mine in Lufwanyama – the first women to take on the traditionally male-dominated job at the mine.

The move is the latest development at the world’s single largest producing emerald mine, which prides itself on producing responsibly sourced gemstones under its ethos of transparency, legitimacy, and integrity.

“We welcome our newest recruits to the mine and are confident they will perform well as part of our team of hard-working operatives who are dedicated to unlocking Zambia’s mineral wealth for the benefit of the nation,” said CV Suresh, Managing Director for Zambia of Gemfields, which owns 75% of Kagem in partnership with the Zambian government through the Industrial Development Corporation (IDC).

“This is indeed a great moment, as this is the first time in the entire history of Kagem that women will be operating heavy earth moving machinery,” Mr Suresh added as he congratulated them.

Commenting on the milestone, Kagem General Manager, Mr Sanjeev Kumar, said: “This is a ground-breaking achievement for Kagem and the gemstone industry as a whole. We have always believed everyone should be given an opportunity to work in mining regardless of gender, and by employing female heavy equipment operators, we hope this new initiative will help to break down the barriers that women often face in the industry and pave the way for more women to pursue careers in mining.”

Mr Kumar further said the four women – Idah Lungu, Agness Kunda, Betty Kafwilo and Beatrice Tamanga – completed all recruitment formalities and were ready to take on the position of Articulated Dump Truck (ADT) operators, running some of the biggest and most powerful machinery at the mine.

“The women are already making a positive impact on the team and are quickly learning the ropes. We are excited to have them be a part of Kagem and contribute to the mine’s success,” he added.

“This sends a clear message that Kagem is committed to being a gemstone industry leader not only in responsible mining but also in promoting diversity. The mine strives to promote gender equality in our operations such that even through our recruitment process, females are encouraged to apply because if they are given access to the right training, they are equal candidates.”

Meanwhile, hailing the emerald mine for providing her with an opportunity to pursue her desired career path, Ms Kafwilo explained that she faced challenges finding employment before being recruited by Kagem.

“I always wanted to be a heavy equipment operator and I applied for training in the field. However, after completing my studies, I could not find a job because most mining companies I applied to do not pick females as they do not have adequate facilities, but all that turned around for me when I saw a job advert by Kagem encouraging women to apply as dump truck operators,” she said.

Finally pursuing her passion, Ms Kafwilo said she hopes to rise further up the ranks to become an ADT instructor or a safety officer for the mine in future.

And Ms Lungu expressed confidence that the progressive move would open up new opportunities for women to take on more roles in typically male-dominated fields.

“I have always believed whatever a man can do, a woman can too and as I take on this role, I hope to be a role model for other women who’d like to take up similar positions,” she said.

The move is a major step for Kagem and a significant achievement for gender equality in the mining industry where women have traditionally been under-represented.

About Kagem Mining
Kagem Mining Ltd, based in Lufwanyama, is believed to be the world’s single largest producing emerald mine. Kagem is 75% owned by Gemfields, in a model partnership with the Zambian government.
Kagem aims to emulate the values of Gemfields and operate in a way that contributes positively to the national economy, while taking a leading role in modernising the coloured gemstone sector and building sustainable livelihoods for the communities around the mine. Kagem believes that coloured gemstones should be mined and marketed by championing three key values – transparency, legitimacy and integrity.
Gemfields is a world-leading miner of responsible coloured gemstones. In addition to Kagem, Gemfields is the operator and 75% owner of Montepuez Ruby Mining in Mozambique (at one of the most significant recently discovered ruby deposits in the world), as well as bulk sampling licences in Ethiopia, amongst others.
Gemfields has developed a proprietary grading system and a pioneering auction and trading platform to provide a consistent supply of coloured gemstones to the global jewellery market.
Fabergé – an iconic name with an exceptional heritage – is a member of the Gemfields Group. The beauty of Fabergé’s designs and craftsmanship, helps to raise consumer awareness of responsibly sourced coloured gemstones.
As well as supplying a significant share of the world’s rough rubies and emeralds, Gemfields initiates activations to build desire for coloured gemstones: for example, collaborations with international jewellery brands and other creative partners. Often surprising, unexpected and unique, these collaborations are chosen to promote consumer awareness and increase the appeal of coloured gemstones, raising their profile, and, in turn, providing greater benefit to their place of origin in Africa.